E-cigarettes are compatible with Clearomizers and Coils , Also available in Pod e-cigarettes that go with Pods . 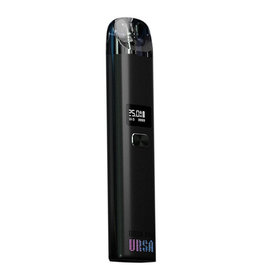 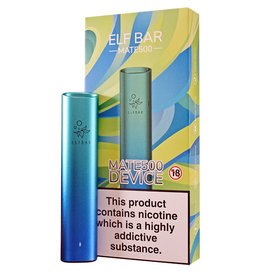 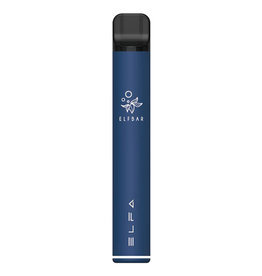 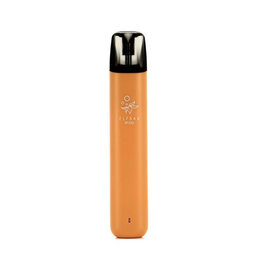 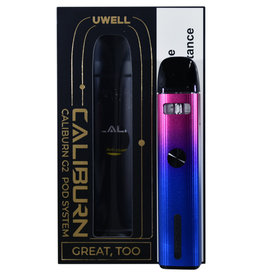 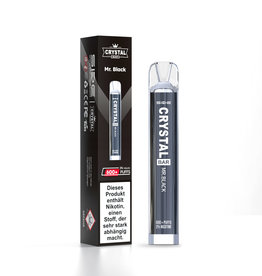 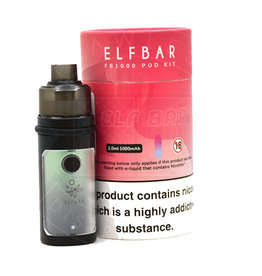 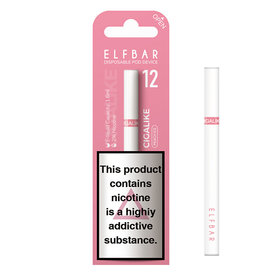 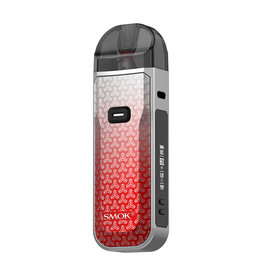 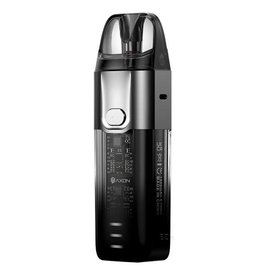 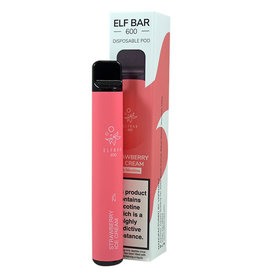 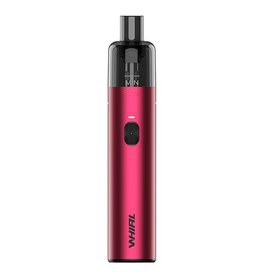 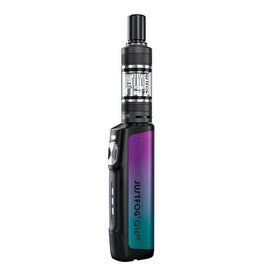 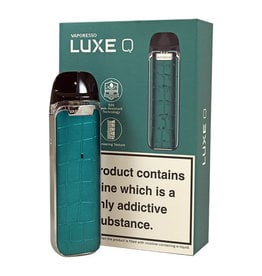 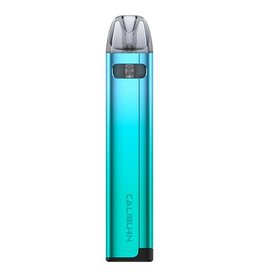 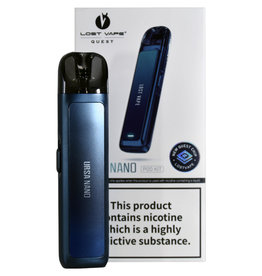 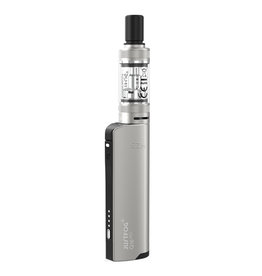 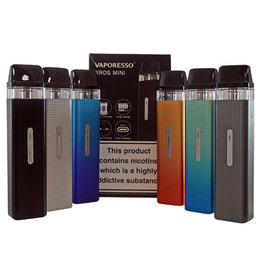 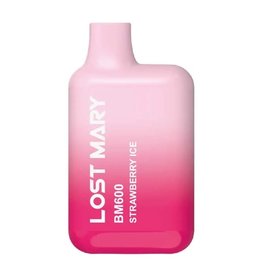 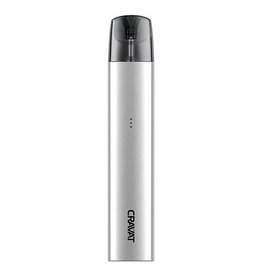 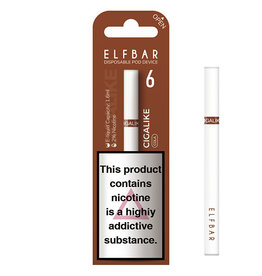 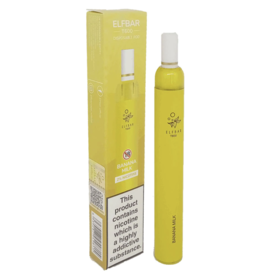 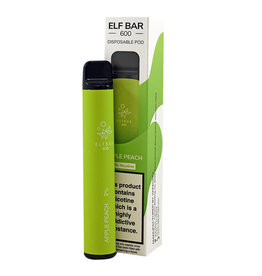 What is an E-cigarette?

An e-cigarette, electronic cigarette or 'vape' is a device that vaporizes liquid (the so-called e-liquid). This water vapor can be inhaled to mimic the smoking experience of real tobacco products and, if desired, can also contain nicotine in different strengths. This e-liquid is now available in every conceivable flavor and consists of various components. The base consists of propylene glycol (PG) and vegetable glycerine (VG) and ensures that vapor can form. This base can be supplemented with flavors, water and possibly nicotine.

An e-cigarette usually consists of two parts: a battery and a tank (also called a clearomizer).

The battery provides electricity to heat the evaporation element and the tank serves as a reservoir for the e-liquid. The battery can be internal to the device or be external rechargeable batteries. The battery can be switched on by means of a button or, if the e-cigarette works without a button, by means of suction. This provides the necessary heating to evaporate the liquid in the tank.

The tank or clearomizer usually consists of the reservoir itself, an atomizer with a coil and a mouthpiece. The atomizer is the part of the tank that is heated by the battery and the coil uses this heat to vaporize the liquid in the reservoir. There are different types of coils for different e-cigarettes, but normally it comes down to a coil consisting of wound metal wire surrounded by a certain material (often this is cotton) that absorbs the liquid from the reservoir.

A coil can differ in resistance, type of metal wire and the material surrounding the metal wire. Each different type of coil offers a different vapor experience or is suitable for a different e-cigarette.

In short, an e-cigarette is a device that consists of a battery and a tank that is filled with a liquid. The coil in this tank is heated by the battery so that the liquid is evaporated and it can be inhaled, simulating the smoking experience.

Which e-cigarette is right for me?

Of course it remains a personal preference which e-cigarette is preferred, but there are some guidelines that can be given.

There are actually two different ways to use an e-cigarette: MTL or DL vapor.

DL stands for Direct Lung and here the smoke is inhaled directly to the lungs. This mimics a bit of hookah smoking and produces larger amounts of vapor than with MTL vapors. The resistance of the coil is lower than 1 ohm (sub ohm) with this method of vaping.

So here the first choice must be made depending on the type of vapors that are desired. In general, MTL vapor is more suitable for those who want to quit smoking and most want to mimic the smoking of a traditional cigarette without producing too much vapor. If you want to be vaporized more like a water pipe with more vapor and generally a bit softer on the throat then DL vapor is preferred.

There are also e-cigarettes that support both MTL and DL vapors, this can be an option if you want to experience both forms of vaping.

After this choice has been made, there are of course many differences between the MTL and DL e-cigarettes themselves. Some are small, easy to use and simple and others are larger, more advanced and a bit more complicated to use. There are also e-cigarettes that support both MTL and DL vapors and where both forms of vapors can be experienced. For the novice vape, a simple e-cigarette is recommended to experience vaping in an easy way, the MTL or DL way.

What types of e-cigarettes are there?

E-cigarettes come in different shapes and sizes, something for everyone. The most common e-cigarettes will be highlighted below.

This has recently become a very popular choice among vapers due to the ease of use and the handy size and are also called 'Ultra portable systems'. This is a kind of hybrid e-cigarette that works with so-called PODs, or replaceable cartridges. These PODs contain the mouthpiece, coil and liquid in one. The POD is inserted into the battery and the device is ready for use. There are closed or open POD systems. The closed POD systems are already filled by the manufacturer and cannot be refilled with your own e-liquid. The open POD systems are supplied with an empty POD and can therefore be refilled yourself. For more information about POD systems see the heading ' What is the difference between an e-cigarette and a POD e-cigarette? '.

This type of e-cigarette is often used by the novice vaporizer or the vaporizer who wants to stop smoking real cigarettes. MTL stands for Mouth to Lung inhalation and most simulates the real smoking experience. These MTL e-cigarettes are often in the shape of a pen, making them very handy and easy to carry. With this type of e-cigarette there are usually no settings that can be adjusted and the liquid must have a PG percentage of 50 or higher.

This type of e-cigarette is a charged battery with a filling that cannot be refilled or recharged. Usually a certain number of puffs are possible after which the e-cigarette is thrown away.

There are more types of e-cigarettes such as the e-shisha pen, the mechanical MOD e-cigarettes or the E-cigar / pipe. However, these are not very popular and will therefore be disregarded.

The POD e-cigarette can be seen as an evolution of the normal e-cigarette. They are very easy to use and are often very compact so that they easily fit in your pocket. As the name suggests, this type of e-cigarette works with so-called PODs, or replaceable cartridges. These PODs contain the mouthpiece, coil and liquid in one. The POD is inserted into the battery and the device is ready for use. There are closed or open POD systems. The closed POD systems are already filled by the manufacturer and cannot be refilled with your own e-liquid. These PODs should be discarded when they are empty. The open POD systems come with an empty POD and can therefore be refilled yourself. However, after about 3-4 times filling, these PODs will have burned out, so the entire POD will have to be replaced to avoid a burnt or diminished taste.

POD e-cigarettes produce less vapor than traditional e-cigarettes, making them very discreet to use, combined with their small size.

POD systems are often used with nicotine salt (Nic Salt) as a filling in the POD. This is a popular combination as the Nic Salt e-liquids ensure that the nicotine is absorbed quickly and due to the relatively low wattage and high resistance of the coil, this ensures that Nic Salts come into their own in POD e-cigarettes. because in regular e-cigarettes too much nicotine is quickly absorbed when using Nic Salts.

Another difference with regular e-cigarettes is that with most POD systems the coils do not have to be replaced, but the entire POD must be replaced as soon as it is ready. However, there are also POD systems where the coil must also be replaced.

In short: POD systems are often a lot more compact than regular e-cigarettes and are also easier to use. They also produce less vapor, making them discreet in use.